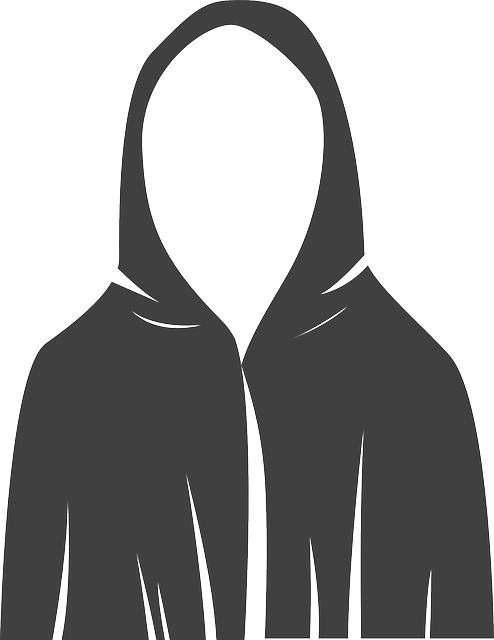 ” The city needs traffic management and accessibility– if you want to have a lot of guests at your events, guests have to come to the city, so we focused to the railway connections,” continues the mayor. ” These are from 1906 and have not changed since then, so we convinced the state to thoroughly modernize the railway station in Nova Gorica. Apparently, we convinced them so well that the conceptual design has already been made, selected designer, which means that between now and the implementation there are no more public contracts and it is unlikely that anything will get complicated. They will withdraw part of the tracks and thereby make a new space for the development of the city, they will strengthen the railway at Šempetro, move the wagons from the station and make a passage under tracks, as befits all normal railway stations. Guests will arrive at the international airports of Ljubljana, but especially Trieste, Venice, Treviso, and these airports are connected to Gorica by railway. We have achieved that the Infrastructure Directorate will make a faster connection with cities, everything should be built by the end of August 2024.” Then you will have a new railway station sooner than Ljubljana, I say. Well, because most cities will have it sooner than Ljubljana.

Let’s give birth together

A city with a rose in its coat of arms has a special feature that other Slovenian cities do not have: with one side it marks the border and the city immediately behind it, which bears the same name–actually half the name–but is in another country. What can be complicated, the mayor admits: ” Coordination between the two cities is really complicated and a challenge, but we are doing very well because we understand each other perfectly. Both mayors are aware that this is the only future that allows us holds above average.” But the mayors, even though they have different political beliefs, also understand that they must develop together, ” that’s the only thing that makes sense, each of us is just a small town on periphery”.

The project of the European capital of culture is far from the only one in which both Gorica and Gorica combine forces and resources. ” It’s not about creating common symbols, it’s about a very functional combination. Nova Gorica and Gorica do not have a common coat of arms and probably never will have one, because one city has a thousand-year-old identity, while the other has a seventy-year-old identity. on one side there is a medieval center, on the other a modernist, socialist one. But for tourists it is an attraction. We unite on a practical level, on things that make people’s lives easier– these are the shared cycling route that winds between Italy and Slovenia, just opened the new bridge over the Soča river, all of this is the result of the cooperation between Gorica and Nova Gorica. As for health services, the maternity hospital is on the guide. For the people of Gorica, the closest one is in Tržič/Monfalcon, while our maternity hospital is just a few hundred meters across the border. Now Italian women have the opportunity to they come here to give birth. We also have a joint project for children with autism, we have built joint capacities for motorhomes…, there are many of these projects. The invisible but extremely important cross-border drainage system. Flooding does not stop at borders i. We managed to convince four bureaucracies– our regional, our and their state, and also the municipal– that we now have a drainage tunnel that goes under the border. It will also enable new constructions, as there will no longer be a flood zone.”

The fact that he lived in several foreign cities helps him a lot when he is mayor, admits Dr. Miklavič. I was employed at the university in Ljubljana, then in Oslo, and I was also a researcher in Bilbao, Spain. After a semester in Oslo, I came to Nova Gorica in 2013 to write my doctorate here in peace.”

But it was not as peaceful as he expected: “I went for coffee and my colleague asked me to help him set up a movement and support him as a candidate for mayor. I did that and ended up in the city council in opposition because he lost in the second round. Despite the fact that I then went to Saudi Arabia, I was active, I was in the city council for two years and at the same time in Saudi Arabia, luckily the holidays are very long there. They send you home for the whole of Ramadan because the public sector doesn’t work, and then there are the holidays that follow Ramadan.”

Staying in Saudi Arabia ” was one of the most beautiful periods of my life – getting to know a world that was even more mysterious then than it is today, because not everyone was allowed to travel to this country. I lived there for almost two years. I helped the government there adapt the school system to the challenges that await them after the oil era. They have to restructure their workforce so that they can make a living from other activities as they are now heavily dependent on oil and oil-related industries.”

Even as mayor he still travels, ” because the KPK allowed me to still work in my field and maintain contact with my career. As a professional mayor, you can have an afternoon vacation, but this must be approved by the KPK. The first year of my mandate I worked for the Jordanian government, currently I work for the European Commission in the field of sub-Saharan Africa, but I did not travel there. I also spend my vacations traveling when I can afford a few days in a foreign city. And that’s where I get my inspiration, of course. I was a bit hindered by the corona, because at that time there were no events where mayors meet. Quite concretely, I came across the idea for semi-submersible garbage cans (two-thirds are underground and one-third above ground) in Brixen/Bressanon (a South Tyrolean city, op. a.). There are many of these all over Europe. I watched how the city managed ecological islands. These are very important topics for people. They don’t have a huge development effect on jobs, but it is important for people.”

Everything the big ones don’t have , if not the best strategy for long-term care in the country. We also included all official institutions in writing the strategy. The project was led by the municipality, and we also included CSD, civil society, representatives of nursing homes, humanitarian organizations that deal with the elderly, representatives of the medical profession… We put together a team, which put together a very advanced strategy with long-term care.” Most of it is still on paper, but the transportation project for st arejše Gošofer and quickly became popular with users. They already have day care centers for the elderly in the countryside, but not yet in the city, but “the location is there, the funds are there, the plans are there”, assures the mayor.

Like most Slovenian towns, Nova Gorica is also facing a shortage of personnel, especially in healthcare. apartments. There is a chronic lack of apartments in Nova Gorica, apartments were not a priority in the past, but now they are. At the moment, it is difficult to find a doctor, especially a family doctor. But if you solve his housing problem, you have already taken one good step forward, and in this direction, we will try to solve this crisis, but the state must also do something. We mayors cannot say, we don’t know what to do, the minister can say that, but we are one on one with the people. This, for example, was shown with the corona Being a mayor does not only mean that you build ecological islands and bridges, but also development or educational projects, even in the case of natural disasters or crises. situations you have to be there. You can’t hide. You have to be able to steer the thing firmly, and the corona was such a test.”

Life on the Grid

” During the first wave of corona here in the west, the inhabitants were in dire straits, we watched the coffins from Bergamo on TV and we didn’t know what would happen to this corona, will it be like the plague in the middle ages when people died in the streets? People imagined everything possible. And in such a situation you have to do something. No one in Ljubljana knew anything. The government was silent, but we had full casinos. A little over ninety percent of the guests are Italians, of which about 70 percent are from more distant countries, from Veneto and Lombardy, and in these countries there was already covid at that time, in March 2020. We had to do something. You have a potential outbreak of a disease you don’t know much about yet in two casinos. We called in medical experts, at NIJZ we had Mario Fafangel, and directors of all casinos, including private ones. We were the first to take measures that later became permanent – disinfectants, masks, disinfection of rooms and surfaces… When the first cases of covid started appearing in our country, the government resigned. You, as the mayor, cannot say, I’m waiting for the government to tell me what to do. It was necessary to arrange food for the elderly who were eating in the canteen, computers for children who were studying remotely, and to determine how to behave in bars that were not yet closed at the time. A new government came to help, but it put a net on the border. Imagine an urban environment where there are common streets, common squares. Governments across Europe froze, not knowing what to do. In that ignorance, it first occurred to us that the borders should be closed, and this caused terrible problems in people’s daily lives. Life moved to the network, there they exchanged things, celebrated birthdays, drank beer, coffee, played volleyball. I saw a lady giving notebooks to a little girl she was instructing. Everything that happened otherwise had to happen next to the network.”

The network in Trg Europa is no longer there, but there is a market that is half on the Slovenian side and half on the Italian side, has become an unexpected attraction for tourists who like to take pictures there, standing with one foot in each country.