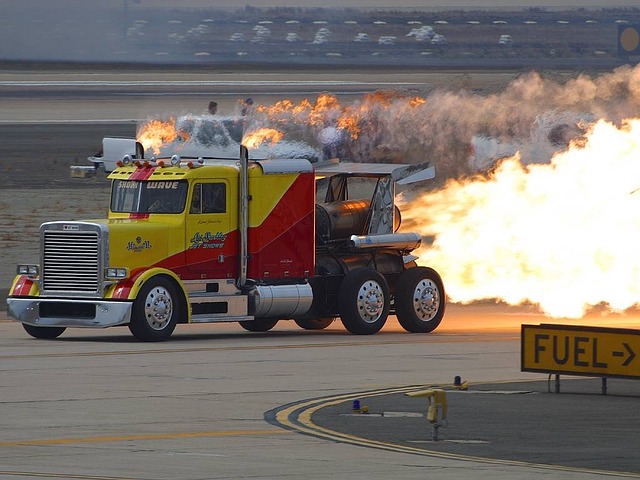 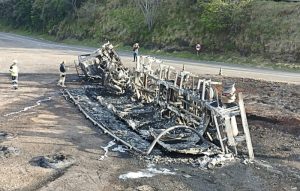 The overturning of a truck loaded with fuel caused a big fire and destroyed the vehicle itself and also a hotel in Lages, in the Serra Santa Catarina. The case occurred this Thursday afternoon (10), on the side of the road at KM 207, near the border of the states of Santa Catarina and Rio Grande do Sul. According to the Fire Department of Santa Catarina (CBMSC), there were no fatalities and the truck driver was taken to the Hospital Nossa Senhora dos Prazeres, in Lages.

According to the report of the firefighters, the truck was carrying gasoline and diesel. With the overturning of the vehicle, fuel leaked and spread the fire, destroying the truck and the structure next to it. The hotel Perozzo was hit by the fire. With a structure of approximately 300 m2, the building had been completely destroyed by the flames.

According to the firefighters, it took two trucks from the 5th BBM, the crew of the Fire Department of Vacaria with two combat vehicles, in addition to the support of Auto Pista with the tank truck to carry out the support and water supply in the regional.

Still according to CBMSC , the instruments used to control the fire reached nearby vegetation, which extended over an area of ​​1000 m2. The regional was under the care of the garrison of Vacaria. 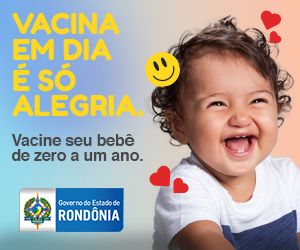