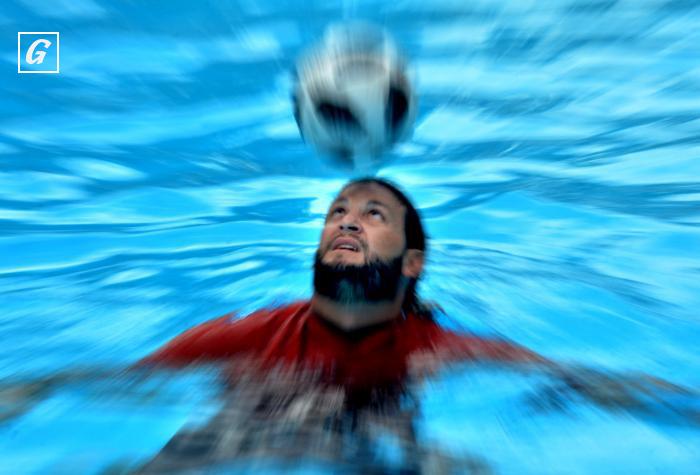 The Cuban Jhoen Lefont today broke his own record for mastering the ball in the modality with his head, by hitting it 1,958 touches without touching the bottom in the pool of the hotel Nacional in the capital and in greeting to the Day of Physical Culture and Sports, this November 19.

According to a report by the Cuban News Agency (ACN), Lefont, the aptly named Dolphin of Cuban soccer, broke his previous record of 1,664 touches given to the ball in 2018 in the pool of the Meliá Cohiba hotel.

I was a bit tense, not so much because of the physical preparation, which was good, but because of the weather conditions, as I was expecting a lot of wind and water cold in the pool But favorably it was not like that and I was able to work without major setbacks, Lefont commented exclusively with ACN.

The former player from Matanzas said that the goal was to reach 1,700 touches, but today he felt very good , both physically and psychologically, and extended the number of hits to the ball much more.

He specified that he had a difficult moment when he was about to touch 1,300, because he felt a little load on his legs and, in addition, the ball moved more than usual for this type of test. But I was able to control it and the record came to a happy end, explained the aptly named Dolphin of Cuban soccer.

Lefont also told ACN that for this attempt he did weight training with the national team polo and with the most veterans of this sport. In addition, he did ball touch training, in sessions of 3×800 or two per thousand, with a five-minute break between each one.

Next year I will attempt a distance world record (running 500 meters in the pool without the ball falling and then I will try to break the one with the most touch in a minute, Lefont finished.