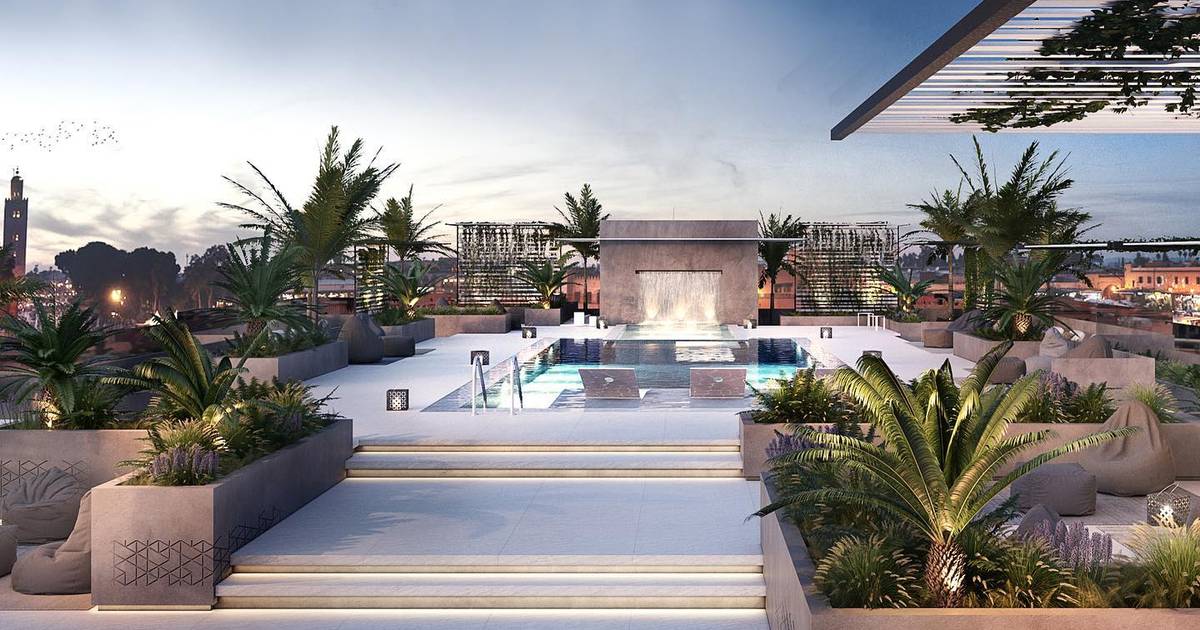 PHOTOGALLERY: The award went almost unnoticed. In October, at the gala for the African continent of the prestigious World Travel Awards, the Pestana CR7 Marrakesh was voted “Best New hotel in Africa” Inaugurated in March, after several delays and the pandemic, the hotel is the fifth of the brand CR7

Halfway between the Medina and the Menara gardens, M Avenue is a new luxury neighborhood in the city of Marrakech, built from scratch to accommodate luxury hotels, shops, businesses and cultural facilities. It is in this context that Cristiano Ronaldo’s hotel advertises itself as a “sophisticated oasis in the exotic atmosphere of one of the most iconic cities in Africa, right next to the desert” Following the line of previous hotels, the Pestana CR7 Marrakesh stands out for its luxury and exoticism, reinforced by the bar on the roof , where the swimming pool is also located, with a waterfall and several resting areas in the shade of palm trees. “From the terrace, with a 360º panoramic view, you can see from Marrakech to the tower of the Koutoubia mosque, with the incredible Atlas Mountains, the right background for that epic photo that you will want to share on your social networks”, describes the hotel’s presentation .

With 174 books and suites (from EUR145), spacious and with contemporary decor, Cristiano Ronaldo’s hotel in Marrakech– known as the “red city”, is obviously

Cristiano Ronaldo featured in the hotel

From Pestana CR7 Marrakesh It is possible to schedule guided cultural circuits, desert tours, tasting of local products, in addition to the fact that the hotel is located in the area with the largest nightlife in the city.