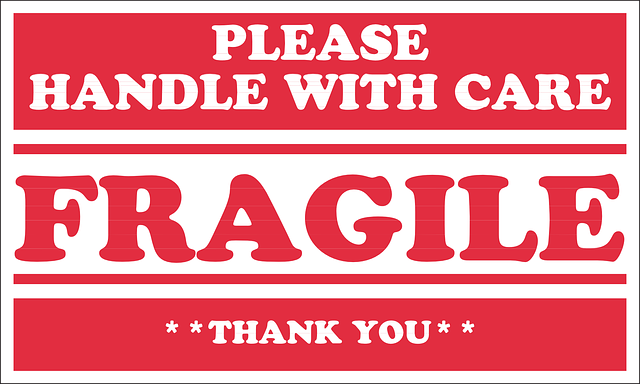 Editor’s note: In 1984, Chicago-born Brian Linden arrived in Beijing as a language student. From there, he had the classic expat experience of the 1980s, from being watched (and touched) by curious onlookers to playing the lead in one of the first movies made on the Chinese mainland since 1949 to feature a foreigner.

But his journey would eventually take him to unexpected places. His passion for art collection led him to the village of Xizhou in the southwestern province of Yunnan. He and his wife Jeanee fell in love with the rich cultural heritage there, and together they founded the Linden Centre in 2008 to welcome guests and preserve local cultural traditions.

Linden recounts his experience of building the Centre in his memoir, “One Village at a Time,” the Chinese edition of which was recently published by CITIC · Sight. In the excerpt below, he gives a behind-the-scenes look at the Linden Centre’s construction in Xizhou.

Plagued with uncertainties, we set May 1, 2008, as the grand opening of the Centre. On April 28, we still did not have electricity. A small pipe the size of an ordinary garden hose supplied our water. We could not test the bathrooms because there was no power to pump the water to the various rooms. We did not know if we would have enough water for more than one room to take a shower at a time.

We were not permitted to use any solar panels to heat the water because their outdoor placements would interfere with our heritage compound’s sightlines. We had to build an addition to the back of the complex to house the water boiler, electric transformers, and a sizeable four-ton generator. The roof of that building became our outdoor terrace, which has become one of the more iconic photo destinations in Dali.

Yunnan Province was experiencing a drought at the time, and the promised water supply via the small public hose was inconsistent at best. We noticed this in mid-2007 and started to develop options that would provide us with a more stable source. We had two wells on site, but the water quality was not acceptable for anything other than watering the plants. We designed a complete fire prevention system but realized that the existing water pressure would not protect this important heritage site. Unable to use the land outside, we lobbied the government to approve two large reservoirs, one that would take up most of the back courtyard and would be covered with gardens and an elevated terrace; the second would be built in our third courtyard and consist of four separate chambers that would force our septic waste through various filters and gravel before pumping it out into the public wastewater system. The Linden Centre under construction in Yunnan province, 2007. Courtesy of Brian Linden

We were approved in August 2007, the heart of Dali’s rainy season, but still moved ahead with both reservoirs’ digging. The septic chambers did not require the same size or volume as the last courtyard’s reservoir. Our concern was more with ensuring that there was no smell emanating from the system. The project was challenging because we used only local workers who did not have septic systems in their homes. We worked with engineers from Kunming, Beijing, and Dali and designed a system that has served us well to this day. Throughout the ensuing fourteen years, the county and state governments have invested in state-of-the-art sewage infrastructure that ensures that the whole region has modern amenities.

The back reservoir had to be massive. Our buildings totaled two-thirds of an acre of land, and we had to create a water supply that exceeded the rear courtyard’s total land space. The only solution was to make it deeper.

During the rainy season, the Dali plateau becomes extremely saturated. The monsoonal rains, pushing up from the southwest via the Bay of Bengal and Myanmar, gradually drop their largesse on the sides of the mountains that run north to south like parallel barricades, feeding the verdant rice fields nestled in the steep canyons. The moist air becomes increasingly dry as it moves east, saving the last of the rains for the tallest massif: the Cang Mountains outside our courtyard. While we were in the midst of a drought, the inconsistent rains still made the rice fields surrounding our building soggy and unstable for construction. We learned that the hard way late one evening.

The back of our complex was overgrown with grasses and trees and rumored to harbor dozens of aggressive snakes (the latter of which we encountered only three). We planned to surround the area with a wall that made it look like a seamless part of the original courtyard. We first had to remove all the plants, dig out the whole area to a depth of nearly four meters, and pour a cement structure that would store our water. To meet the required size, we had to place the reservoir only one meter away from the planned outer walls and the original, six-meter-tall back wall of the third courtyard. We were unable to access a backhoe to help with the project, so we worked with a team of 20 to dig the hole by hand. We worked through the rains, using the dirt to help create the rammed earth outer walls. After two weeks, we had reached a depth of over two meters. The next day we hit groundwater. It first started to seep in from the sides, and we dug a small diversion gulley to direct it to the adjacent rice fields. Each morning we would return to find nearly one foot of water covering the base. We would first pump out the water using a brusque and temperamental generator, measure the current depth, and cheer each other on: “Only one more meter!”

Throughout construction, the Cultural Bureau conducted frequent site visits to remind us not to alter the existing structures.

“Any unapproved changes are illegal and probably will lead to jail time,” they always said with a forced smile.

I would smile back, feeling daunted by the risks and responsibilities that Jeanee and I had taken on. One visible mistake could lead to the failure of the project and potentially prison.

The U.S. Embassy had warned us about the risks of the project. At the time, Starbucks was being asked to leave their outlet located in the Forbidden City. The last thing the embassy wanted was another American interacting with a national heritage site. The embassy sent down some visitors and tried to dissuade us from moving ahead. We told them that the regional government’s support gave us enough confidence to proceed. They frowned and echoed the same message as the Cultural Bureau visitors: “Please be careful.”

In early September, cracks started to appear in the original six-meter-high wall that formed the back of the third courtyard. A few days later, roof tiles fell on us as we were digging the hole on the wall’s southern side. We were almost ready to start placing the steel frame for the concrete pour that would form the reservoir. After a heavy afternoon rain, however, the walls began to moan, the cracks widened, and the wall seemed to buckle in the direction of our hole. We all jumped out and fled to the rice fields. The Linden Centre in 2007. Courtesy of Brian Linden

The ground was too wet, and the deep hole we were creating at the wall’s base made it unstable. We were so close to completion- once we finished the cement pouring, we could refill the whole back courtyard restore stability to the wall- but we had to do something immediately to prop up a castle-like rampart.

We sent out the team in search of long wooden and bamboo planks to serve as makeshift girders. By nightfall, we had found nearly 50 3- to 5-meter-long poles.

We spent the whole rainy evening, with our generator keeping up the neighbors with its discordant groans, scrambling up and down ladders trying to hammer these ramshackle poles into the spongy earth at the base of the wall. After a long sleepless night, sunrise greeted a porcupine-like thread of wood and bamboo placed along the whole length of the white wall. It almost looked like an intentional work of contemporary art.

The following days were cloaked in constant dread. At any minute, I was worried that the wall would collapse, potentially hurting my team and me and ending the project. For the next week, we had eyes on the wall 24/7.

Our team surprised us by bringing in wood from their homes, and those pieces were hourly added to the makeshift barricade.

The weather finally broke, and the sun returned for over ten days straight. We were able to pour the concrete walls and refill the hole without any further complications. We repaired the cracks in the wall, and it has remained as stable as ever. Our reservoir started to fill, slowly but surely, until it didn’t. A photo of the Linden Centre’s first guests, 2008. Courtesy of Brian Linden

“The reservoir can hold roughly 250,000 liters of water. Your current water hookup is producing about 900 liters a day. It will thus take roughly 250 to 300 days to fill the basin.”

The engineer calculated that our hotel would need 50 to 75 liters of water per room.

“If all rooms are occupied, you will need at least 1,200 liters of water per day, including your kitchen. You cannot drop below 50,000 liters of water, or else your fire prevention system will not kick in.”

It was still five months before our opening, and we calculated that the basin would accumulate over 135,000 liters of water before we hosted our first guests. We were proud to have overcome these initial challenges and turned our focus to other issues. We later forgot to check if the garden hose supply of water was ever interrupted. Six months our indifference came back to haunt us. Complacency, we learned, is not a virtue in rural China. The cover of the Chinese edition of “One Village at a Time.” Courtesy of Brian Linden

This article is an excerpt from the book manuscript “One Village at a Time” by Brian Linden, the Chinese edition of which was published by CITIC · Sight in October 2022. It has been edited for length and clarity and is republished here with permission.