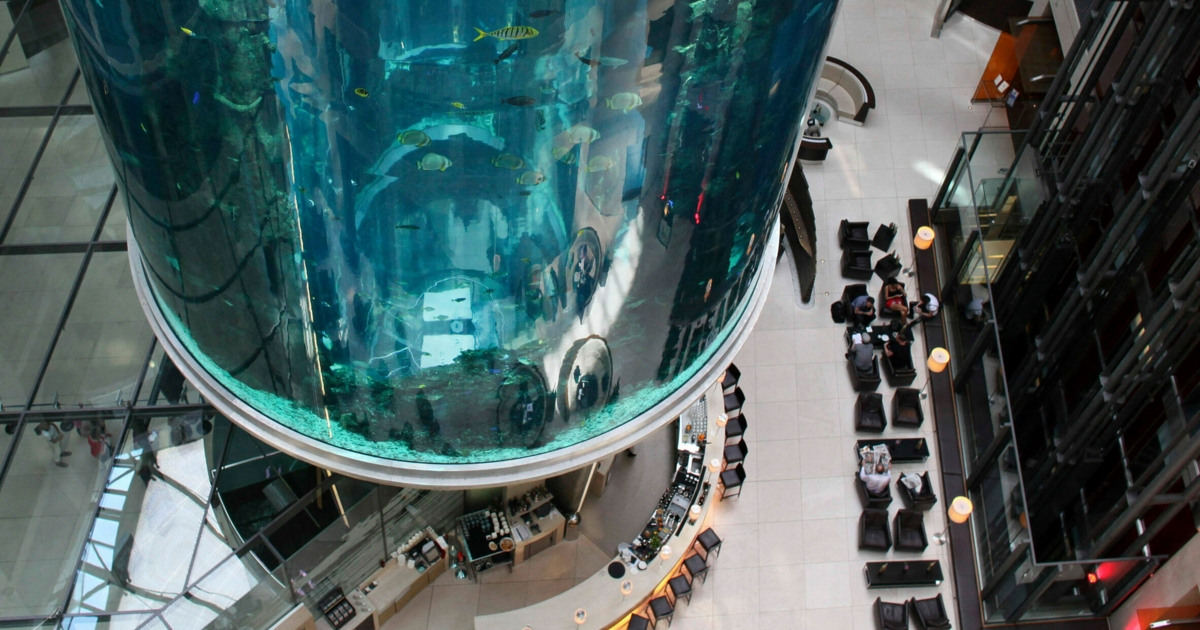 It was not initially known whether the two injured were hotel employees or guests. The fire brigade reported on Twitter in the morning: “The aquarium is damaged, water is leaking. The situation is not clear at the moment.” Male was deployed with 100 emergency services at the hotel DomAquarée. 100 police officers were also on site.

“Aquarium suddenly burst”
According to the fire brigade, the giant tank with a million liters of water was destroyed very quickly. “If the aquarium is defective, then it bursts suddenly,” said a spokesman for the fire department. “It’s not a small crack from which the water escapes, but the entire aquarium burst all of a sudden.” About 1500 fish that lived in it died.

Ground floor searched with rescue dogs
A large part of the water is said to have passed through The doors on the ground floor led onto the street and there into the canal. I didn’t find much water in the basements. The destroyed ground floor was searched for people with rescue dogs. Because of the severe damage, hotel guests also had to leave the building, as a spokesman for the fire department said. Around 350 people were still in the hotel.

The Berlin traffic information center tweeted that Karl-Liebknecht-Strasse, where the hotel with the giant aquarium is located, was closed. “There is a lot of water on the road. So far, the cause is still unclear.” The place is very close to Berlin’s Alexanderplatz with the famous TV tower.

In the building complex called DomAquarée there is the large aquarium Sea Life and the so-called AquaDom with 1500 tropical fish, a well-known attraction in Berlin for many tourists.Photos and videos published on Twitter show an enormous destruction the lobby of the hotel (see tweets above).

The aquarium consisted of an acrylic glass tank 16 meters high and 11.5 meters in diameter The construction was 25 meters high.In the middle of the cylinder, visitors could ride in an elevator through the interior of the aquarium.The aquarium housed around 1500 fish from around 100 different species in one r million liters of salt water.

Visit Amsterdam? Get T he I-Amsterdam City Card and Save!